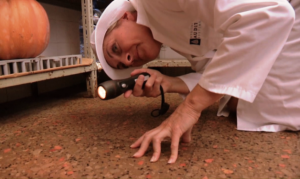 Dr Lisa has appeared on a number of Television and Radio programmes as an industry expert and presenter. Most recently she accompanied Joe Crowley on BBC1′s Holiday Hit Squad to advise foreign hoteliers on Health and Safety and Food Hygiene. Highlights of the series was Dr Lisa describing a death-trap balcony as “a climbing frame” and finding a mouse caught on a sticky board in a Florida kitchen. Dr Lisa has been a regular contributor to consumer TV programmes including Watchdog and on documentaries and news programmes. 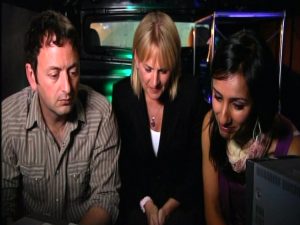 She featured as the hygiene expert on Rogue Restaurants, a spin-off from Rogue Traders, working with Matt Allwright and Anita Rani where she observed undercover filming in some of the the nations worst kitchens, including one where they were washing their feet in food preparation sinks, Secret Tourist and Save our Holiday, in addition to shows such as the Great British Waste Menu.

Dr Lisa is also a regular guest on radio shows including Chris Evans on Radio 2 discussing dishcloths, and the JVS show on BBC Three Counties, where she has chatted to Jonathan Vernon-Smith on topics as diverse as spitting, washing your jeans, and bed bugs. Vanessa Feltz from LBC also asks for her opinion from time-to-time on a variety of environmental health topics, including filthy and verminous premises, and the time when someone got muddled up between using the bath and toilet. 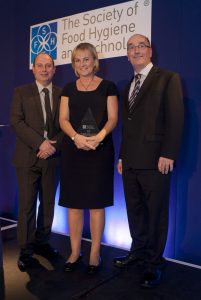 Having won the SOFHT award for The Most Significant contribution to the Food Industry, Dr Lisa is not only recognised as an expert by her industry peers, but also by her Environmental Health Colleagues. She is Visiting Professor of Environmental Health at University of Salford, and Professorial Fellow of the Royal Society of Public Health where she carries out many duties, including chairing conferences and acting as a media spokesperson on hygiene topics.

In Public Relations she has fronted campaigns for a number of companies to help promote hygiene awareness, including the Dettol Mission for Health, and the Zanussi Stop Washing up Campaign.

Dr Lisa has appeared on top level consumer shows including BBC 1 Watchdog. On one occasion, Anne Robinson asked her to visit a Holiday Resort in Turkey and provide feedback on standards.

"Dr Lisa Ackerley is passionate about improving awareness of hygiene. Whether at home, work, on holiday, or simply out-and-about, she wants to help you keep safe."